The importance of regional approaches to UN debates

In this opinion piece, Daniel Tygel of RIPESS, the Intercontinental Network for the Promotion of Social Solidarity Economy, reflects on the importance of regional approaches in UN debates. He served as lead discussant during the High-level Political Forum on Sustainable Development session “Unlocking and Reshaping Development and Enhancing Implementation: The Regional Context.”

As one of its functions, the UN High Level-Political Forum (HLPF) seeks to provide broad political leadership and guidance to the discussions on sustainable development. Therefore, the HLPF should be a space for deep and free debate on more systemic issues among Member States, UN agencies and civil society actors.

I was therefore expecting that the HLPF’s second meeting would open space for innovative perspectives to understand development in the context of the actual civilizational crisis humanity is facing, which asks us to realize paradigmatic changes in development goals, financial structure, economic organization and public policy orientation.

This expectation would have been unmet if the session “Unlocking and Reshaping Development and Enhancing Implementation: The Regional Context” had not been held on 3 July. That is not to say that the other debates were less important, but this was the only session that consistently touched on far-reaching issues, challenges and perspectives and could really provide fundamental guidelines for the elaboration of the post-2015 development agenda. This was the most representative session, both in terms of the quantity of Member States in attendance, and in the quality of their interventions, which showed deeper reflections and livelier concerns, as well as more contradictions – making this session quite “hot.”

There is no doubt that the excellent quality of the statements presented by the Regional Commissions were a fundamental contribution to this more systemic view of reality. The regions have the most accumulated knowledge about the traps that have been capturing developing country governments (and now even European governments), reducing their policy space to serve their populations, while instead serving financial actors and corporations. These traps are represented by the recipes of austerity, unfair trade agreements and other neoliberal impositions coming from highly centralized undemocratic international fora. The hard experiences from States in all regions have served, at least, to provide several lessons learned and highlight the need to urgently change this situation.

During the HLPF session on “Unlocking and Reshaping Development and Enhancing Implementation: The Regional Context,” many quite advanced proposals and reflections of reality were shared. These included the need to:

• subordinate the economy to serve the human rights framework (both domestic and international);
• achieve real peace and effectively end illegal occupations;
• consolidate strong institutions and acknowledge and reinforce the important role of the State in providing basic social services, distributing wealth and guaranteeing environmental protection;
• create better international tools and fora for investment dispute arbitration and control of illicit financial flows – with the condition that they be truly democratic among all stakeholders and fundamentally oriented by human rights;
• achieve national tax reforms towards progressive taxation and not the reverse;
• shift away from relying exclusively on extractive industries;
• strengthen new regional spaces, such as UNASUR, ASEAN and BRICS;
• achieve a real rise of minimum wages as an effective counter-cyclical tool for a better balance between work and capital within countries;
• guarantee real accountability and transparency of transnational corporations, and of trade agreements.

As a lead discussant on means of implementation, I tried to complement these guidelines with some perspectives that are still missing, not only in this session, but in all post-2015 agenda discussions. There is a blindness that is “invisibilizing” a world of knowledge, popular technologies and economic activities outside of the hegemonic for-profit private sector. People who are marginalized, Indigenous People, women, youth, people with disabilities, the unemployed, and peasant farmers are creating millions of solidarity-based economic activities in all sectors, with little to no support from core development-oriented policies. Or worse, in some cases, these people are criminalized by the policies for the formal sector and the hegemonic for-profit enterprises. The Social Solidarity Economy Movement (represented by RIPESS) reminds national States, the UN and civil society of the need to think out of the box in relation to public-private partnerships, and to incorporate existing community and collectively owned initiatives within the sustainable development framework, both locally and nationally. These initiatives are better adapted for the provision of goods and services, and should be considered for infrastructure projects related to access to water, energy, housing, and more, since they have at their heart positive social and environmental impacts synchronized to the economic dimensions.

I was glad that this session was also the moment where I formally announced, in the name of RIPESS and more than 500 international and national organizations worldwide, the release of the Social Solidarity Economy Recommendations for the post-2015 Sustainable Development Agenda, after a one-year long consultation process involving thousands of global and grassroots organizations from more than 70 countries in five continents. These recommendations, distributed during that session to all Member States in English, Spanish and French, provide a comprehensive and concrete set of proposals based on the practices of social solidarity economy initiatives in the territories and communities.

The Social Solidarity Economy Movement hopes that these recommendations can broaden and bring a fresh perspective to the global vision of post-2015 development agenda, recognizing social solidarity economy as an important development strategy that naturally integrates the social, cultural, environmental, political and economic dimensions.

This half-day session should have taken the full day: the debate was very dynamic and meaningful and there were still many Member States and civil society organizations that asked to take the floor and could not make their contributions due to the lack of time.

If the High-Level Political Forum aims to feed the post-2015 discussions with broad political guidelines and principles, it will have to give more space for regional approaches to the discussions (and even to community level approaches). The Regional Commissions, and therefore the States in each region, must have the opportunity to expand the political discussions, so that we escape the risk of having a final post-2015 agenda which still reinforces the very same policies, indicators and means of implementation that cause the situation we live in today, and that can be responsible for our extinction on Earth.

Let me share below a few briefings and recommendations to the post-2015 sustainable development agenda that contribute objectively to orient the debate in this sense:

Daniel Tygel, former operations manager of the Intercontinental Network for the Promotion of Social Solidarity Economy (RIPESS), is from Brazil. He is a theoretical physicist and the former executive secretary of the Brazilian Solidarity Economy Forum. He currently works in the cooperative EITA (Education, Information and Technology for Self-Management), which develops open source information technologies to support social movements. He has contributed to UN processes such as the Rio+20 Conference, the UN Task Force on Social Solidarity Economy, some of the UNCTAD dialogues and conferences, among others.

See also the background documents for the 3 July discussion:

• HLPF Issue Briefs 2: The Regional Dimension in the Post-2015

• E/2014/CRP.2 - United Nations Economic Commission for Latin America and the Caribbean input to the High-Level Political Forum on Sustainable Development and the ECOSOC Annual Ministerial Review

• E/2014/CRP.4 - United Nations Economic and Social Commission for Asia and the Pacific input to the High-Level Political Forum on Sustainable Development 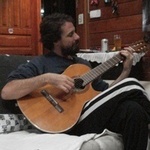