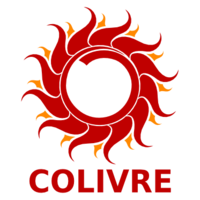 A protocol for the free networks

The aim is to reach the II World Forum of Free Media, to be held as part of the People’s Summit at Rio +20 in June, in Rio de Janeiro, in a position to approve an international agreement

Translated from Portuguese by Fernanda Favaro

To exchange resources so that many social networks developing within global activism, based on free software, can become part of a large and diverse network, made up of many faces and collective identities, is one of the purposes of the meetings on the Third Forum of Free Media, to be held in Porto Alegre, 27th-28th January, at Casa de Cultura Mario Quintana.

Enthusiasts from projects and networks will join the meetings. They come from different groups, such as Lorea and N-1, the Spanish Indignants, or Global Square and #OccupyWallstreet born from the recent occupations at United States Brazil will be represented by developing experiences like Noosfero, implemented in projects like the Movimento Software Livre (Free Software Movement) e Fora do Eixo (Off Axis) and some initiatives which are collecting adherents in the country such as Diáspora and the platform Phyrtual, to whose construction the young Brazilian network Viração, is committed. This last experience will be presented by Evelyn Ararype.

In addition to the experiences presented, the groups will discuss concepts such as sovereign computing, which lets people share not just files but also storage area, memory and processing with network members. An example, mentioned by Marco Konopacki, from the network Soylocoporti, from Paraná (a state in southern Brazil), is implemented on the site Sneer. "It’s P2P communication taken to the extreme," said Thiago Skárnio from Alquimídia.org, located in Santa Catarina, also in southern Brazil.

The debate on the federated networks must be also strong during the event. The idea is defended by Vincent Aguiar, from Colivre, Bahia (northwestern Brazil), by allowing many social networks to establish themselves as one, without being one among many, which can be an aim of the process.

It will be also possible to discuss the concept that led to a "networked resources confederation for democracy", which is the case for the Coredem platform, in which belongs Francois Soulard, from Argentina, an FML participant.

And this is only an initial conversation. The FML III should result in a common area to deepen the dialogue with other networks concerned to contribute to protocols that feed all the other networks. By this means, they can create spaces and connections free of commercial controls, typical of today´s large networks, which have the power to remove collective pages from the net motivated by politics or other purposes.

The aim is to reach the II World Forum of Free Media, to be held as part of the People’s Summit at Rio +20 in June, in Rio de Janeiro, in a position to approve an international agreement that also encourages agreements with movements and networks not necessarily focused on communication but that look for alternatives on the Internet.

The self-organized schedule of the Social Thematic Forum on Capitalist Crisis and Environmental Justice also includes activities that may generate benefits for this protocol and for the World Social Forum communication process itself. One of them will happen before the III World Forum of Free Media and will propose the participation of people interested on discussing "Principles for a social network of/in the WSF." The result of this activity will be forwarded to both the WSF´s Communications Commission and the Free Media Forum, as elements of contribution.