In January, from 25 to 28, takes place in Porto Alegre  the Global Connections 2.0, an event that will debate about capitalism crisis, new social riots, the invention of a new democracy, among other subjects.
Digital activists that were part of mobilizations around the globe will be there. The highlights are Javier Toret (Spain), Vanessa Zettler (USA) and Stéphane M. Grueso (Spain). They will have an online conversation with the lecturers Bernado Gutiérrez (Spain/Brazil), Cláudio Prado (Brazil), Mario Teza (Brazil) and others. In the agenda of the Global Dialogues, the highlight is the debate, “From Arab Spring to internet in the building of democracy”, featuring Gilberto Gil, a famous musician and political activist in Brazil.
Along with the Global Connections 2.0 it also happens the Social Thematic Forum and the III Free Media Forum. The three events are going to gather dialogues, panels, workshops and debates, all interconnected by the celebration of free culture and solutions to a new world structure.
Colivre will be there!
The Colivre will be present in two of the events. First at the Global Connections, on 25 at 14h, lecturing a workshop about the Blogoosfero, a free brazilian platform for blogger, journalists, digital activists, that provides total autonomy, free hosting and administration for blogs and social media. For being an open, collaborative platform, it enables integration with other existing initiatives, maintaining the autonomy and independence of each one of them, while integrating them. On the same day at 17h, in the Institute of Education Flores da Cunha, we will hold a workshop on the principles for a social network of the WSF, which will involve the following organizations: Soyloco, Viração, Alquimídia, Phirtual and anyone else who wants to participate.
On the 27 at 17:30h, Colivre will be part of the panel about Protocol for the Social Networks of Movements, at the III Free Media Forum. The aim is to discuss about support for the adoption of platforms developed independently, but also a common protocol that connects all these networks, regardless of installation and database, forming a huge decentralized social network, where each site is an independent point inside a bigger network in common.
Besides the presence of Colivre, the events will have further discussions and workshops, so watch out for the schedule and hours. Sign up, share ideas and most importantly, make it worth your participation!
Quelle: http://softwarelivre.org/colivre/blog/global-connections-2.0-thematic-social-forum-and-iii-forum-of-free-media-in-the-same-event-in-porto-alegre 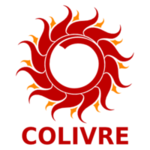